Home > Ghosts and Spirits > World War I: the Apparitions at Mons

World War I: the Apparitions at Mons 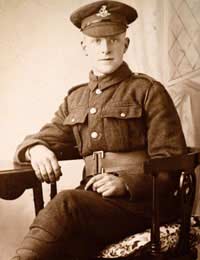 The first clash between German and British forces in the First World War gave rise to a legend of the supernatural which has endured to the present day becoming part of British folklore.

The incident took place at Mons in Belgium, where 70,000 British troops were emplaced, guarding a canal against a numerically superior German force while the soldiers of the French 5th army beat a hasty retreat to Paris.

On the 23rd of August, the German forces attacked in strength. Thanks to their rapid-fire rifles, the British troops were able to inflict heavy losses on the enemy, and the attack was beaten off. It became clear to the British commander that his position was untenable, however, and he ordered a retreat towards Paris.

The Angel of Mons

It was in the period of this hectic retreat, when the British troops would have been so vulnerable to a pursuing enemy, that something extraordinary occurred. British troops claimed that they had seen an apparition in the sky of three angelic figures who appeared to ward off the attacks of the enemy. The retreat was successfully accomplished and the British troops lived to fight another day.

The story of the Angel at Mons spread like wildfire through Britain. It became the subject of many articles and even artistic productions. After the war, Harold Begbie published a book on the phenomenon, On the Side of the Angels, in which he quoted some who had witnessed the apparition first-hand. One lance-corporal recalled:

"I could see quite plainly in mid-air a strange light which seemed to be quite distinctly outlined and was not a reflection of the moon, nor were there any clouds in the neighbourhood. The light became brighter and I could see quite distinctly three shapes, one in the centre having what looked like outspread wings, the other two were not so large, but were quite plainly distinct from the centre one. They appeared to have a long loose-hanging garment of a golden tint they were above the German line facing us."

Origins of the Legend

Mr. Arthur Machen, in his book, The Bowmen and Other Legends of the War, claimed that a fictional story of his called The Bowmen, which had been published on the 29th of September 1914, had served as the inspiration for the Mons legend. In his story, a group of beleaguered British soldiers, in a moment of desperation; call on St. George for assistance. A troop of ghostly archers promptly appears in the sky above them, raining deadly fire upon the enemy.

Some refute Machen’s claim, however, by pointing out that references to the Angel of Mons were being made before Machen’s story had even been published. The following remark appeared in a letter dated to early September, 1914, for example:

"...then there is the story of the ‘Angels of Mons’ going strong through the 2nd Corps, of how the angel of the Lord on the traditional white horse, and clad all in white with flaming sword, faced the advancing Germans at Mons and forbade their further progress."

The letter was written by Brigadier-General John Charteris. He was known to have been involved in many propaganda activities, however, so his involvement raises the intriguing prospect that the whole legend of the Angel at Mons was a creation of British intelligence!

In more recent times, all attempts to track down first-hand witnesses to the apparition of the angels have met with failure, leading some to dismiss the whole story as nothing but a charming fairy-tale.

The Angel of Mons: Conclusion

Doubts about the true origin of the story will no doubt continue to circulate. The distinguished historian, A. J. P. Taylor, fully believed that an angel had appeared and aided British troops, however, and the story appears to have been absorbed into British folk memory.