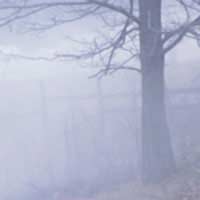 Stories of strange black dogs abound in Britain forming a distinctive part of the country’s folklore. These dogs are not conventional canines by any means but have something mysterious about them – something supernatural. They are often described as being particularly large, and having red glowing eyes. The phrase “eyes as big as saucers” or “eyes like saucers” is one that recurs constantly in descriptions of the mysterious beasts. Sometimes they change shape in front of amazed witnesses; at other times they vanish altogether.

Stories of encounters with mysterious black dogs have been told in Britain for ages. The Anglo-Saxon chronicle, written in the 12th century, contains one early account.

Folklorists have identified a number of different names applied to the black dogs in the different regions of Britain. In Lancashire, the name “Guytrash” or “Skriker” is used, while in Yorkshire they are known as “Barguests.” In Norfolk and East Anglia the word “shuck” or “shock” is used to describe them, derived from the old English word for demon. Indeed, many of the Norfolk tales imply that the black dog is a single mysterious beast, known as “Black Shuck.”

Some believe the black dogs are bad omens: that they foretell the death of the witness, or a death in the witness’s family.

In most cases the black dogs do very little after they appear. They may vanish or run off, or sometimes growl at the witness. There are cases where the black dogs are reported to have attacked and killed people, however. In Bungay, Suffolk, in the year 1577, a mysterious black dog is said to have attacked and killed two people who were attending a church service. Even today, the weathervane in Bungay market depicts a devilish-looking black dog in commemoration of this event. The church still exists and on its door are strange marks which some say were left by the dog as it fled.

Black dogs often seem to be associated with particular places. They are often spotted on roads and at crossroads. Some have speculated that the black dogs patrol ley lines, which are said to be mysterious channels of hidden energy within the earth.

Black dogs have also appeared in fictional treatments of the paranormal. For example, one of Sir Arthur Conan Doyle’s most famous Sherlock Holmes mysteries, The Hound of the Baskervilles, features an enormous black dog at the centre of the story. And in Bram Stoker’s Dracula, the Transylvanian count transforms into a huge black dog as he leaps from a ship onto British soil for the first time.

It is likely that these authors were picking up on traditional black dog folk tales which have circulated in Britain for centuries.

Black dog tales represent a very curious and distinctive strain of the paranormal experience in Britain. Although black dogs have occasionally been spotted in other countries, the prevalence of the stories appears to be unique to Britain. Tales are told of the mysterious animals from the south of England to the north of Scotland, and accounts appear in the earliest written records down to the present day. Different names are used to describe the strange beasts but the accounts of encounters with them are strikingly similar. No completely convincing explanation of where black dogs come from or what they represent has yet been advanced. It remains a puzzling part of mysterious Britain.