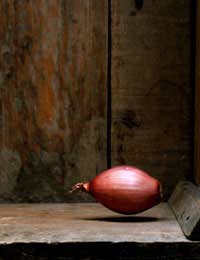 Poltergeists (or Turbulent Spirits) have been recorded throughout human history. In earlier periods their actions were attributed to demons or witchcraft. Nowadays, debate still continues about what exactly they are. Some believe that they are genuine manifestations of the spirit of formerly deceased persons.

In some cases, poltergeists are able to communicate through writing, the use of Ouija boards, or by a system of raps in response to questions. In this way, a name and identity for the poltergeist is often established, but it is often not clear whether it is the identity of a real person, now dead, or a purely imaginative creation. The latter is usually suspected and most experts who have been personally involved in dealing with poltergeist cases are inclined to the view that poltergeists are not, in fact, objective entities at all, but are in some way external embodiments of the emotional disturbance of a particular person, usually an adolescent and often a female.

Signs You May Have a Poltergeist Problem

Typical signs of a poltergeist manifestation include: -If these symptoms sound familiar to you, perhaps you have a poltergeist. Particularly if you have children in your family, however, you should make every effort to ensure that the phenomenon is real, and not simply the result of someone’s mischief. Even in classic cases, such as that of the Enfield poltergeist, there are still some who believe that, in reality, there was nothing going on except children playing pranks on their parents. Be sure and rule this out before you call in outsiders.

Dealing with a Poltergeist Problem

Once it has been established that you have a poltergeist, the obvious question is: what should you do about it? One option is simply to wait it out. Most poltergeists do not stay long. The average duration of a poltergeist experience is in the region of a few weeks. Rarely does it go beyond a few months. You will have to decide yourself how great the disturbance is. If it is no more than a few objects being shifted around, and an occasional stone being thrown at you through the air, perhaps it’s something you can easily put up with it. If it’s truly frightening or intolerable, however, you should seek help.

In the case of troubling hauntings, people tend to think first of calling in priests or ministers to perform an exorcism or give a blessing to the house. There is no harm in trying this; however, in many poltergeist cases, it has proven to be ineffective and, if the hypothesis that the poltergeist is not, in fact, an objective entity such as a demon or remnant of a real person is correct, there is no particular reason why a blessing or exorcism should be expected to work.

Bizarre though it sounds, in many cases success has been reported when a householder simply addresses the poltergeist directly, asking it to stop causing disruption in the house and to leave.

Another option is to arrange for some form of psychological counselling for the person you believe is at the root of the disturbance. In some cases, this may be very easy to spot - perhaps there is only one young person in your family. If not, identifying the person responsible is your obvious next step. You can do this by having family members stay in places other than your house for a while. Perhaps there is an aunt or uncle who wouldn’t mind putting your children up for a week or a weekend. You can then see if the poltergeist phenomena cease once a certain person is out of the house, or even whether they manifest themselves at the other location.

Once the person who is the source of the disturbance has been identified, do not reprimand or blame them in any way. It is generally agreed that the phenomenon is entirely involuntary on their part, and they cannot consciously affect it in any way. The best thing to do is to arrange for a counsellor to speak with the affected person in confidence. If the emotional disturbance can be put to rest, the poltergeist may simply disappear.

Another option worth considering is geomancy. Geomancers claim to study the earth’s energies and the things which facilitate or hinder their flow. In some cases, they attribute poltergeist phenomena to disruption of the earth’s energies. This can have many causes, ranging from recent extension work on your home to the construction of a major road nearby. A geomancer may be able to make recommendations about what can restore harmony in the local environment.

Various societies exist to undertake research into paranormal phenomena such as ghosts and poltergeists. If you contact any of these, it is likely that they will be able to offer you assistance in some way, though be clear in your own mind, and make clear to them, whether your goal is to further research into a strange phenomenon or, in a more practical sense, simply to be rid of it.

Finally, a word of warning. Poltergeists are not always aggressive and frightening. Sometimes they even seem to be friendly. For example, in one case, workers in a factory had become quite comfortable with the presence of their resident poltergeist; and once, when a man said he needed a certain tool and started walking towards another room to get it, he found that it dropped out of the air right beside him, courtesy of the poltergeist. Usually, therefore, there is no need for you to be utterly terrified at the presence of a poltergeist. Do not be lured into spending thousands of pounds on charlatans or witch-doctors who promise to rid you of your problem. There are plenty of unscrupulous people around. If you need external help, you should be able to find it for free.