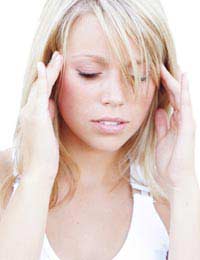 Telepathy and ESP in its various forms are staples of science fiction literature. Whether they exist in the real world however, has always been more doubtful. Anecdotes are often heard of people who sensed that a distant loved one was in distress, but it is always difficult to know how much faith to put in such personal stories. Unlike most other paranormal phenomena however, which tend to occur with a high degree of randomness and unpredictability, the supposition that unusual psychic powers exist is susceptible to rigorous scientific testing in a laboratory. Many such tests have been conducted and their results are intriguing.

It is best to begin with a definition of terms. Telepathy is psychic communication from one person to another without the normal sensory cues. ESP is similar. It involves the apprehension of knowledge by unconventional means, absent the normal sensory input which usually conveys information, but, in this case, the knowledge does not come from another person.

There have been many experiments conducted which have tended to demonstrate that some form of non-sensory perception exists. Typically, the subjects in these experiments are random members of the general public, not people who claim to have special gifts. They are asked to engage in some form of guessing game among a limited set of choices. The results are totted up. The number of correct answers which could have been expected through chance is computed and anything above that is attributed to ESP or telepathy. Problems often arise when other researchers attempt to replicate the results, however. In a typical pattern, suspicions often arise later about methodological flaws in the original study and the results are discounted by sceptics.

One of the most famous series of studies took place in the United States in the 1930s when J. B. Rhine conducted experiments using the now-famous Zener cards. These cards contained simple graphics of five types - star, circle, wavy lines, cross and square. Participants in the experiment were asked to guess which card would be dealt next from the pack. Rhine noted that the number of correct guesses was significantly above what would have been expected from chance alone.

Rhine's methodology was later criticised, however. Some claimed that the cards were partially translucent and that, in strong lighting conditions, participants might sometimes have been able to make out the design on the other side of the card.

This ushered in a whole new era of concern about methodology in telepathy and ESP experiments.

Some believed that, through facial expressions for example, researchers might unconsciously provide clues to the experimental subjects; or, indeed, that they might telepathically communicate the correct answer! Because of experiments in which subjects performed at below-chance levels, some even came to believe that pre-existing beliefs about ESP of either the subject or researcher could influence the experimental outcome.

The best solution so far arrived at for these manifold problems is what is known as the Ganzfeld technique. In this procedure, subjects lie on a sofa with their eyes covered and with headphones broadcasting white noise into their ears. A red light is shone on to the subject. Relaxation exercises are performed before testing begins. A "sender" in another room then picks a distinctive image and concentrates on it, trying to communicate it telepathically to the "receiver." After a period of time, the "receiver" emerges from his sensory isolation and is shown a number of images, and asked to judge which one corresponds most closely to any impressions he received during isolation.

Using this technique, the American researcher Charles Honorton demonstrated statistically significant results, validating the existence of telepathic communication. Some have since called his use of statistics and therefore the validity of his results into question, however, so it remains an open issue.

Some of the most striking claims of extra-sensory communication relate to family members, particularly twins. In one experiment which was televised in Britain, an 8-year old boy underwent various experiences while his twin brother sat in a sealed room, hooked up to a lie detector, allowing his physiological state to be monitored. When the first twin placed his hand into some bitterly cold water, the second twin, unaware of what was happening, showed a clear bodily reaction. Again, when the first twin experienced fear as a rubber snake popped suddenly out of a box, the second showed a measurable reaction.

In the field of paranormal phenomena, telepathy and extra-sensory perception are among the topics which have been most intensively subjected to scientific scrutiny. Despite this, no generally accepted conclusion has emerged. Enticing claims of success have almost inevitably been followed by sceptical accounts of fraud or methodological failure. The subject continues to intrigue both scientists and the general public, however. Research will no doubt continue and perhaps one day some consensus will be achieved.

Signs Your Loved One is Possessed
Share Your Story, Join the Discussion or Seek Advice..
@Locket - sounds like a great ghost story from where I'm standing. But, if you've not had such an experience before and it is freaking you out and is seeming more than just co-incidence, I think I'd just MOVE! Especially if you are there on your own, as it seems like scary stuff.
Jojo - 27-Oct-15 @ 12:00 PM
I recently moved to a new rural location.I am going through an emotionally distressing time although when I first moved (to leave a bad situation) I felt euphoric in my new home (not an unusual feeling to have I know).However, about a month later strange things have started to happen: my television turns itself on and off or changes channels or even turns the sound off.My car (parked outside the property) then started to play up.Sometimes the power steering would completely stop working and then it would be ok.I called out the AA who said the power steering motor needed replacing and that it had given up only to find it work the next day.Then my car locked me in (central locking).I found that if I parked it in one particular place (at the back of the property) the power steering and locking would work but if I parked at the front it didn't.Then.... I woke up one morning to let the dog out as usual, but my key wouldn't unlock the door.I called a friend who came over to see if they could unlock it from outside but the key wouldn't even fit in the lock and I had to climb out of the window.When my landlord came round he noticed that the lock had been turned upside down inside the lock.When the locksmith came to repair it he could find nothing wrong.I keep losing things and one of the rooms in the house makes me cry.My dog woofs at imaginary things (although I assumed it was just the sound of a deer in the garden or something), but when I go to look there is nothing there. He also paces in the night which he never did before and follows me wherever I go in the house. I have tried to be logical and tell myself that it's just the quirks of where I live but it is beginning to get a bit much. Sometimes when I walk through the house I can feel wind blowing pass me like I'm outside and often feel like there's some draft and extreme coldness (I can feel it quite intensely as I'm writing this) on my leg or foot and assumed a door was open or there was a draft - but when I put my hand down to feel the area I can feel no difference at alI! I know that the previous person who lived here for a long time did die here but she was known as a strong battle axe kind of a woman and I don't feel that kind of presence - just overwhelming sadness.I know that it could be me and have often had these kind of experiences since being a child and am interested in the idea that I might be haunted myself.Any suggestions or should I just move?Thank you
Locket - 26-Oct-15 @ 12:05 PM
Title:
(never shown)
Firstname:
(never shown)
Surname:
(never shown)
Email:
(never shown)
Nickname:
(shown)
Comment:
Validate: