Home > Paranormal Problems > Are You Haunted by a Previous Self? 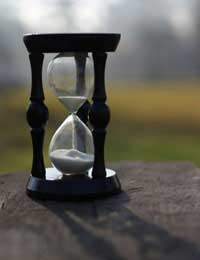 Many of the world’s great religions incorporate a belief in re-incarnation: the notion that death is not the end but that each of us passes through a succession of lives, in different bodies, with different names and identities and, usually, no memory of our previous selves. Some therapists believe that even when we have no conscious memory of our previous lives, they can subconsciously influence our present one, often for the worse. They claim to have found many instances in which significant life problems such as lack of self-confidence, eating disorders, compulsions, or difficulties in forming and maintaining relationships can be traced to a predicament in a previous life. By recovering the memories of this former life, they assert, the ghosts of the past can often be laid to rest, and a patient can be ready to begin his life anew.

Past life therapy has been practised now for several decades. The use of hypnosis in therapeutic contexts has become increasingly common; and its use to aid the recovery of forgotten memories from our current life is also well-established. Past life therapy seems to have grown out of this practice. Some patients, when asked to take their minds back to the events that gave rise to some problem, recalled, not events from their infancy or young adulthood, but from another lifetime altogether. Most therapists dismissed these “recollections” as nothing but imaginative ramblings in the trance state but a few chose to explore them fully, and found that, for a patient, recalling troublesome incidents from a previous life could have enormous therapeutic benefits.

Most practitioners of past life therapy believe that we live many lifetimes and, between bodies so to speak, inhabit a kind of spirit plane. Although not formally tied to any religion, their ideas about reincarnation parallel many aspects of the Buddhist idea of karma. They tend to believe that our lives are learning experiences, describing a progress towards some higher state of perfection, and that our past experiences in some way influence the choice of body we inhabit next. Many believe that those close to us in this life may also have been close to us in our previous lives – perhaps in a different capacity. For example, a wife in this life may have been a brother in a previous life. The case histories of past life therapists often show curious tangles of relationships stretching back through the centuries.

Hypnosis is not the only means of recovering memories from a previous life. Some researchers believe that glimmerings of awareness of our previous selves often come to us unbidden in dreams, or in shadowy fragments of thought lurking on the fringes of our conscious minds. The well-known phenomenon of déjà vu may well be a manifestation of it and children are often believed to exhibit awareness of past lives. Some children have been found to be able to speak foreign languages which they could not possibly have learned. In a therapeutic context, however, hypnosis is by far the most common means of attempting to engage with the “deep past” of our previous lives.

Very often, it appears that a traumatic experience at the end of a previous life can exert a strong negative influence over subsequent ones. For example, one woman who exhibited a tremendous fear of flying, when hypnotically regressed, was found to have been a pilot in the First World War who died in her burning aircraft after it was shot down. Another woman who suffered from insomnia was found to have served on guard duty as a soldier during a war. She had fallen asleep at her post, meaning that her comrades had no forewarning of an attack. She died with a terrible sense of guilt over what had happened. In both of these cases, revealing the trauma from the previous life which lay at the root of the current problem was enough to bring about a cure; and this is typical of the patients who undergo past life therapy. Knowledge of the past seems to free us of its burden.

Although past-life therapy is still considered to be somewhat of a fringe treatment, it has continued to grow in popularity and there are now several established practitioners of it in the UK.
Next Page