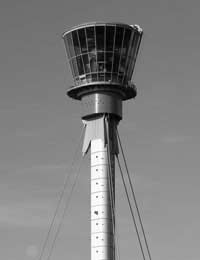 Perhaps one of the best-known ghosts that haunt Heathrow is legendary highwayman Dick Turpin. Dick was actually seen on the site of the airport before it was built! Dick was a highwayman in England during the 1730s. He was known for robbing, stealing, and murdering before it finally caught up with him and he was hung in 1739. Rumour has it that Dick was so arrogant that when he was at the gallows; he jumped from the ladder, hanging himself. The crowd was so impressed that they quickly took his body to bury him. Dick became a romanticised legend of many English ballads and theatre shows.

Dick’s ghost is seen all around England, but mostly at Hounslow Heath, which is where the Heathrow Airport is located. While in other areas, Dick is often seen riding a large black stallion. But at Heathrow, people usually see, hear, or feel him behind them, especially airline employees. Many report feeling hot breath upon their necks or hearing a man barking and howling only to turn around and find no one there.

While Dick may have chosen his own fate by leaping off the ladder at the gallows, many who haunt Heathrow did not. Airports are often scenes of terrible tragedies and Heathrow is no different, with many plane crashes having occurred there.

There is one ghost that was the victim of the 1948 crash of a DC3 Dakota. It crashed on approach during a terribly foggy night. There were no survivors of the crash, but the rescue crew continued to pull victims out of the crash. While working, they noticed a gentleman appear out of the fog. He asked them if they had seen his briefcase. Before they could answer, he faded away before their eyes. The rescue workers found the man among the dead later that night. Although the crash occurred over 50 years ago, the man still haunts the runway, often seen walking up and down the runway looking for his briefcase.

In 1970, Police Inspector Leslie Alton received a report that radar had detected someone on the runway. Inspector Alton, who had worked at Heathrow for over 20 years, and his team hurried to the runway in squad cars and fire engines. Those in the radar office told him he should be able to see the man – they were right up on him. Then, they told the Inspector that they must have run over the man because he was behind them. They continued to search as the man continued to show up on radar, but look as they might, the Inspector and his crew could find no one on the runway. The search was eventually called off. Was it the businessman still looking for his briefcase?

He is not the only businessman who still seems to think he has business at Heathrow. Although no one seems to know who he is or why he is there, there is a ghost that frequently appears in one of the Heathrow VIP lounges. He wears a grey suit, but some have reported only seeing him from the waist down.

Heathrow Airport has almost 67 million passengers pass through it each year. If you fly in or out of Heathrow, take a look around – some of the people you see may be permanent ghostly residents of the airport.

Britain's Top Ten Haunted Pubs
Share Your Story, Join the Discussion or Seek Advice..
[Add a Comment]
A4 great west road anyone seen anything strange near the old master Robert junction .There has been quite a few deaths in the past.I saw something I CANNOT explain.
Bobby2020 - 2-Dec-20 @ 9:52 AM
I used to work as a pilot and I remember one time I did see a man in a bowler hat, suit and carrying a briefcase as we flew in from JFK Intl. I contacted the tower and they said there was nothing on the Runway. As we came down I felt like I may have hit the Man. I was on the radio to the tower at the time and I said “He’s still there. I definitely see him!” The tower replied by saying “We have just picked up something in the Radar.” And I replied with “I told you that there was OH SH*T! I’ve hit him!” After we landed I got out the cockpit and told the passengers to remain seated as we had to check something. I got out and saw nothing. It was crazy!
Alex - 8-Apr-20 @ 8:23 PM
I was in the travel inn at Heathrow airport at around, 6am when I heard a man shushing loudly. My sister didn't hear it at first but after we sat silent for minutes she heard it too. It went on for about half an hour at random intervals. I even checked the corridor and it was empty. There was also knocking at our door when no one was there. Pretty ducking spooky.
Spooked - 22-Oct-17 @ 10:01 AM
I saw a ghost of a child it was around 3:45am it all happened in a flash as I was pushing the luggage walking towards the exit with my brother it ran from the right hand side and through us and disappeared it all happened in a flash seemed like a Victorian child weird because I heard really fast paced noise of running heeled shoes sound. It was a figure of a child around 3-6 years old. I couldn't make heads or tails out of it. Anyone else know or seen a child ghost??? any comments appreciated.
miya - 23-Apr-17 @ 11:21 PM
So it was 5pm when I was looking outside and this old lady caught my eye, I was looking at her and she walked in front of my house and stared at my door, I looked away for a second and shedisappeared, I looked around because a old lady couldn't walk that fast, she couldn't get in my house as well as I have a gate around my house. (This all happened in Hounslow)
Simi - 3-Dec-15 @ 5:49 PM
Is it true mishelle that 34 Bulstrode road is haunted. I used to live in 36 Bulstrode road to years back and used to think why is it so scary.
rj - 2-Jul-15 @ 11:30 AM
Heathrow airport isn't on hounslow Heath there is about a 2 mile difference in location so that is false
marina - 21-May-15 @ 11:35 PM
The most scariest, haunted place in hounslow is by far, lampton road but for a ghost sighting just down the road from lampton park is bulstrode road. 34 Bulstrode road !!!! scary as hell
mishelle - 14-May-15 @ 7:15 PM
Yes, there is a ghost in the car park in School Road, off Hounslow High Street. I saw an image when I went to call on my friend who lived in Pears Road, this was back in 1984. I've been back there and seen the same ghost again, this time in 2014. It's weird but truce.????
Ninus - 27-Jun-14 @ 4:13 PM
Rite! upon reading this artical on the man on the run way, it would seem that what you have is called residual energy. residual energy is (in my opinion) a reply of unfinished business. this gentelman probably does not know that he is dead and if this story is true then you must have video evidence to support it. Now this other chap in the VIP lounge must have had some business at the airport and/or probably died in the VIP lounge sometime ago. if you take a look at the archives or past reports you may come across an explanation as to why there might be a ghost in the VIP lounge.
mason reed - 15-Oct-11 @ 12:23 PM
Title:
(never shown)
Firstname:
(never shown)
Surname:
(never shown)
Email:
(never shown)
Nickname:
(shown)
Comment:
Validate: