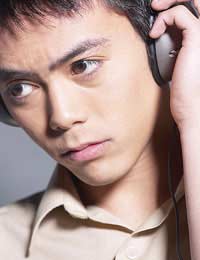 Wouldn’t it be great if instead of trying to communicate with lost loved ones through table raps, Ouija boards, and mediums, you could actually listen to their voices? A growing number of people believe that you can do just that – through what is called Electronic Voice Phenomena (EVP).

In its simplest form, EVP is just using an audio recording device of some sort, to record sounds from the environment. Most likely, nothing remarkable will be heard while this takes place. Later, however, listening carefully to the recording, you will be able to hear the voices of ghosts! At least, that’s the theory, and many people claim to have had success with it.

In the recordings that they have made, experienced EVP practitioners say that they have heard the voices of relatives and friends - distinct, recognisable, and uttering words that were both meaningful in the context of what was going on at the time they were spoken, or related to the person’s personality in life.

So if you want to try EVP for yourself, what do you need?

The answer is not much. As far as hardware is concerned, a basic audio recording device is all that’s required. This can be anything from a plain old tape recorder, to a modern digital recorder, or a PC. Positive results have even been reported on things like mobile phones and answering machines. EVP aficionados tend to prefer digital recorders because digital recordings can more easily be transferred to PCs for subsequent processing or analysis.

Some practitioners prefer recorders with a “Voice Activated Recording” feature, mainly because it can save a great deal of time while listening to the recording again, trying to find messages. If you don’t have VAR, you will have to listen to lengthy sessions of silence on your recordings, hoping to hear something that stands out. The VAR feature does raise the question of whether ghosts can effectively activate it, however; it’s possible that some messages are going missing because they can’t; reports indicate that, at least in some cases, they can, however, so you can decide for yourself whether you want it or not – perhaps a recorder with a VAR option would be best so you can turn it on or off.

Some people use PC software to help filter the recordings they have made. It can help make an indistinct message clearer, but this practice does tend to bring on accusations from sceptics that the whole thing is a fraud created by people using processing software to make random noise sound like something meaningful.

Many experienced EVPers are of the opinion that relatively poor audio equipment, with lots of background hiss, is actually better for picking up ghosts than more high-quality gear. The reason, they say, is that, to create an audio impression, the ghosts somehow take advantage of the background noise, shifting it or modulating it into a recognisable form. In fact, some specially-constructed EVP devices deliberately generate white noise for the ghosts to use.

For listening to the recordings you have made, it’s advisable to have headphones or a good set of speakers.

So, once you’ve got all your equipment sorted, where do you go to try and listen to ghosts? The truth is that you can do it anywhere. Your own home is just fine. Some EVP aficionados like to go to graveyards or old buildings in the hope of picking up voices from strangers. They may then research the history of the locale and try and establish connections with any messages they hear. But none of this is necessary – and if it’s the voices of your own friends and family you want to hear, home is probably best.

Once you’re in situ, what happens next? There is no set procedure for how to conduct a session. Some people just leave the recorder on and that’s it; others may meditate or pray before recording begins. Often an EVPer will say something at the beginning of the session, asking the ghosts to get in contact. There may be a specific person you would like to address.

Since, for the most part, you will not hear any ghostly voices until you play the recording back, interactivity is clearly limited. There are many reported instances of ghosts apparently responding to something that has been said, however, so if there is something that is on your mind particularly, and you would like feedback on it from those who have passed on, you may want to speak openly about the subject yourself, leaving pauses for any response.

Experienced people say that, as you begin to get involved in EVP, having a set routine for it can be beneficial – perhaps because the ghosts become familiar with your routine and then know to appear at the right time.

It’s advisable to keep your recording sessions brief at first. This is because, to pick up messages, you will have to listen very carefully to the recording that you have made. In most cases, the messages do not leap out at you. The voices are faint. The words are unclear. You will have to concentrate in order to find them – and it’s hard to do that over long periods. Most ghost messages are brief – just a few words – so don’t expect long speeches.

If you really want to try EVP, the most important requirement is patience. Many people, who now practise it regularly with great success, struggled at first, going through many lengthy sessions with no contact apparent. They persevered, however, and some of those same people now report being surrounded with a veritable buzz of ghostly voices, which happily impinge on any recording device they care to use!

EVP is a fascinating branch of modern paranormal research. Many of the ghost messages are indistinct and uncertain but, every now and then, one comes along that is startlingly lifelike – one that is recognisably that of a man, woman or child, with all the nuance of intonation you would expect from a living person. What’s more, it’s probably the simplest form of paranormal investigation you can get involved in – all you need is a tape recorder! So why not have a go?