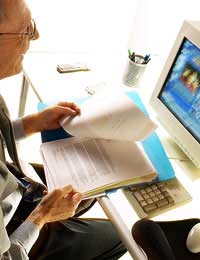 Most of us believe we have some psychic abilities even though we may not think about it as such. Surveys indicate that around two-thirds of us believe that at one time or another, we have sensed who was calling us before we picked up the phone, or become aware that someone was staring at us even though we couldn’t see them. Without question these are psychic abilities, yet, paradoxically, only 10% of us consider ourselves to be psychic.

Researchers and practitioners in this field tend to believe that we all have some latent psychic potential which we are, for the most part, unaware of; that it may flicker into life intermittently; and that it is something that can be nurtured and developed through practice and experimentation.

Zener card experiments are used on some websites to determine psychic ability. Of course, if some form of psychic perception did take place in the original Zener card experiments, we are not sure how it would manifest itself. The cards in the experiment were physically present, close to the test subject. Using some unknown abilities, was the subject somehow able to apprehend the physical characteristics of the card? If so, this may not be something that can be replicated in an online experiment, where the cards never in fact exist except as variables in a computer program.

During the Cold War, both the United States and the Soviet Union took the possibility of psychic powers seriously. Each developed covert programs using trained psychics to try and probe the secrets of the other side. The technique used by the US military was called remote viewing. It usually involved a psychic attempting to visualise a particular place based upon a supplied cue such as map co-ordinates. There was much more to it than this, however, and some of the techniques have since spread into the public domain.

Remote Viewing is now a recognised psychic discipline and many claim to be able to practice it successfully.

Rupert Sheldrake is a biologist who achieved distinction within the world of conventional science before courting controversy in recent years with his explorations of paranormal phenomena. In particular, Sheldrake is intrigued by the possibility that human beings may have some kind of psychic powers. He has actively investigated this through research and published books on the subject. Sheldrake believes, for example, that we can sense when other people are watching us, even though we cannot see them. In his book “The Sense of Being Stared At” he discusses research, both his own and that of others, which would seem to confirm the phenomenon. Many experiments show that people are able to correctly guess when they are being stared at to a much greater extent than would be expected through chance alone.

Sheldrake’s website is a treasure trove of information on research into our psychic potential and contains quite a few tests you can participate in to try out your own psychic powers. These are real scientific experiments, the results of which will be factored in to Sheldrake’s ongoing research work.

You can even try out a version of Sheldrake’s staring experiment online. To do this, you just need someone else in the room with you, who is willing to participate. Another variant of the test involves you uploading a picture of yourself and trying to see whether you can guess when someone is looking at your picture.

Sheldrake also believes that many of us can sense who is about to telephone us before we actually receive the call. He has some online experiments using email and mobile phone text-messaging which mimic this scenario. For each of these, you’ll need a few friends to participate, but it should be good for a laugh, if nothing else.

The Internet has made it much easier for all of us to explore our psychic potential, if any. There are many websites which allow you to test your own powers; online communities which will help you develop them, and even research hubs which will let you demonstrate them to the world through controlled experiments.