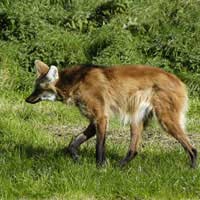 Werewolves are wolf like people that exist in mythology and folklore. They are also known as lycanthropes – a human that can transform into a wolf. The idea of werewolves dates all the way back to the ancient Greeks. It was the medieval writer Gervase of Tilbury that associated the transformation from man to wolf to the full moon.

One of the earliest stories about werewolves was the legend of Lycaon from Greek mythology. It was said that Lycaon, after eating human flesh, would turn into a wolf. Herodotus told of a whole tribe, the Neuri, which would be transformed for days.

Pliny the Elder, a Roman scholar, heard a story about a man of Anthius’ family who swam across a lake in Arcadia. He was transformed into a wolf and remained that way for nine years. The Latin work Satyricon also mentioned a man who turned into a wolf during a banquet.

The legend of werewolves exists in many European countries. From France to Finland, people told tales of people changing into not only wolves, but bears as well. Sixteenth century France saw not only several reports of werewolf attacks, but also court trials. The Beast of Gevaudan, reported to be a large wolf like creature, is believed to have killed 80 men, women, and children between 1764 and 1767. The killings ceased after several wolves in that area were killed. Werewolf reports turned up in England, but by 1680, they had become extinct. James I of England thought that “warwoolfes” attacks were nothing more than a victim’s delusion.

Some legends said that becoming a werewolf was as simple as removing your clothing and putting on a belt made of wolf skin. Some thought you had to be rubbed with a magic salve. Drinking water from a wolf’s footprint could begin the transformation. Some were thought to become werewolves by making a pact with the Devil.

Galician, Portuguese, and Brazilian folklore thought you were simply born to be a werewolf if you were a seventh son. In Northern Argentina, this belief was so widely held that many seventh sons were abandoned or killed. In 1920, an Argentine law was written stating that every seventh son was the godchild of the President of Argentina. That, along with a gold medal at baptism and a scholarship when he turned 21, helped end the abandonment and killings.

One thing is for sure, if you did become a werewolf, you did have some vulnerability. You had an aversion to the plant wolfsbane, but you were okay around crucifixes and holy water. Some thought removing the wolf skin belt could turn the wolf back into a person.

Many Europeans thought you could reverse the metamorphosis by throwing an iron object at the werewolf. As werewolves were written about over the years in fictional books and films, a silver bullet became a way to stop them.

Do werewolves really exist? There are a couple of theories. Some scientists believe that werewolves and vampires were just a way to explain away serial killers in a time when people knew of no such thing. Today, many serial killers participate in practices such as cannibalism and mutilation that are often associated with werewolves.

Another theory is that the belief in werewolves was brought about by contracted ergot poisoning, which results in hallucination and convulsions. Either the person believed to be a werewolf or those thinking they saw one could have been afflicted with this poisoning. Or maybe the person thought to be a werewolf was merely a victim of rabies, hypertrichosis (where you grow excessive hair all over the body), or porphyria (a disorder which causes hallucinations and paranoia). Suffers of congenital erythropoietic porphyria have hair on their hands and face and are so sensitive to light, they usually only venture out at night. Could any of these things explain the belief in werewolves?

No one really knows whether werewolves actually existed at one time or are just an unexplained medical or mental condition. But werewolves have become a part of many cultures, appearing over and over again in books and in films.