Home > Paranormal Hoaxes > The War of the Worlds Hoax 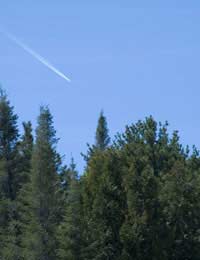 On the night of October 30 1938, Orson Welles struck terror into the hearts of many Americans with the War of the Worlds radio broadcast on CBS. By the end of the night, Welles would find himself surrounded by controversy over the broadcast as many Americans thought the country was actually being invaded by aliens, causing what some have described as a “mass panic.”

In 1938, television was still basically just an idea and radio was what gave the public their daily dose of entertainment. The airwaves were filled with original material including comedies, dramas, even soap operas. The radio also connected the public with news events as never before. The Lindbergh kidnapping and the crash of the Hindenburg became more realistic as the American public heard live broadcasts of the events. Welles and the Mercury Theatre on the Air had done many dramatic readings of novels. But, some say that Welles and co-writer Howard Koch intentionally planned for this broadcast to have a greater effect on the public than ever before.

The War of the Worlds novel by H.G. Wells told of an alien invasion of Earth at the end of the 19th century. It was set in Woking, England, but for the adaptation, Koch changed the setting to Grover’s Mill, New Jersey. Welles and Koch decided that about half of the show would be of news bulletins to give the broadcast a documentary feel. Welles even played the radio report of the Hindenburg crash to give the cast the type of feeling he wanted created. This was not the first time a dramatic reading had used “news bulletins,” but none had been done with such continued realism.

The program was broadcast from New York City. It started with reports of gas explosions on Mars, then had brief interludes of music followed by an interview with a professor Richard Pierson, played by Welles. He assured the listeners that all was well, but then there were repeated news bulletins of a meteor, which was eventually confirmed as a Martian rocket capsule that had landed in Grover’s Mill. News bulletins said a crowd had gathered around the capsule and Martians had come out to incinerate onlookers with heat-rays. It is believed that many people heard this portion of the show and began to call friends and family, thus spreading the rumour of an alien invasion.

The show kept being interrupted by “news reports” of more and more Martians landing all over America. It was reported they were destroying bridges and railroads as well as spraying poisonous gas into the air. The show also featured “interviews” with eyewitnesses to the havoc the Martians were creating. Welles directed actor Kenny Delmar, who was portraying a Secretary of the Interior to try to sound like then president Franklin D. Roosevelt. Welles actually wanted Delmar’s character to use the president’s name, but CBS insisted that be changed.

The broadcast goes on to report that the military is unable to fight off the invasion and Americans are fleeing to churches to pray as the Martians head for New York City. A news reporter stationed on top of the CBS building in New York City tells of “great machines” crossing the Hudson River while poisonous gas falls over the city. The reporter talked of people running “like rats” until he himself is finally overcome by the gas. The broadcast ended with Professor Pierson telling of how the Martians had fallen victims to earthly germs and bacteria.

After the adaptation, Welles breaks from character to remind the audience that this broadcast was merely a Halloween offering, the Mercury Theatre’s radio version of “dressing up in a sheet and jumping out of a bush and saying ‘Boo.’” Some say CBS made Welles announce this because they knew a panic had spread, but the original transcript by Koch included that disclosure.

The beginning and end of the episode stated this was an adaptation of War of the Worlds, so what caused the panic? Many people, an estimated 50%, tuned in late to the broadcast. Most of the late listeners had switched over from the popular Charlie McCarthy Show. The late listeners heard music followed by interrupting news bulletins. At that time, most listeners assumed that radio news bulletins were reliable. Scared, many people didn’t continue to listen to the show to hear Welles say it was just an adaptation.

Studies estimate that about six million listened to the broadcast and that of that six million, about 1.7 million believed it was true and 1.2 million of those were truly frightened. Despite the relatively small audience that heard the broadcast, within the next month, there had been approximately 12,500 newspaper articles about the show and its aftermath. Even Adolf Hitler said the panic caused by the show was “evidence of the decadence and corrupt condition of democracy.” However, some say the “panic” caused by the show was not nearly as large spread as first thought, but through the years, the rumours and gossip have tended to perpetuate the legend.

After a public outcry, CBS promised to never use “we interrupt this program” in broadcasts for dramatic purposes only. Despite the controversy surrounding this broadcast, it catapulted Orson Welles to great fame.