Home > Bizarre History > The Song That Drove People to Suicide

The Song That Drove People to Suicide 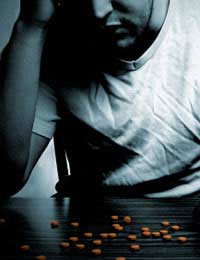 Kate Bush’s song Experiment IV told the story of a British military program designed to create music which could kill. The accompanying cinematic video showed scenes of white-coated boffins busily beavering away in their laboratories. By the end of the video the entire complex was desolate and deserted. The experiment had run out of control and the scientists were all dead. A pleasant fiction, you might think? Maybe not. There was indeed a song that many believed could be deadly to its listeners. It was called Gloomy Sunday, and its dark reputation led to it being banned in many countries.

Gloomy Sunday was written in Hungary in 1933 by the composer Reszõ Seress. The poet, László Jávor, provided the lyrics. Seress was reportedly depressed by his lack of success as a composer and difficulties in his relationship with his girlfriend.

Some time after its release, the song was said to have been responsible for an epidemic of suicides in Hungary. People would commit suicide while listening to a phonograph record of the song. Some people are said to have left simple suicide notes behind, saying only “Gloomy Sunday”. Eventually, alarmed about the strange psychological effects the song seemed to have on everyone who heard it, the Hungarian authorities decided to ban it.

It first appeared in English in 1935. Two different versions of the English lyrics exist. Although the best known of these, the Sam Harris version, is quite evocative, it is said to be less poignant than the Hungarian original. Both English language translations are rather free and depart substantially from the Hungarian text, tending to make the words seem less trenchantly sorrowful. “No white flowers will ever awaken you,Not where the black coach of sorrow has taken you.”

Some in America felt that the song in its original form was just a little too relentlessly depressing. So a third verse was added to lighten the tone a bit. In this third verse, the couple’s love is re-affirmed and all the dark, depressing thoughts heard before are said to have been no more than a dream.

In modern times the song has been interpreted by such notable artists as Sinead O’Connor, Bjork and Sarah Brightman, among others. Of all the modern versions, that of Diamanda Galas is often recommended as closest to the spirit of the original. No mass outbreaks of suicide have been reported. Perhaps something was lost in translation from the Hungarian original, or maybe we have just become more resilient in the interim?

Perhaps fittingly, the song’s composer, Reszõ Seress did himself commit suicide, but not until 1968, more than 30 years after he had composed his masterpiece. His inability to achieve similar success again is said to have left him depressed. He threw himself off a building. Curiously, even today Hungary has the highest suicide rate of any country in the world. Could the Suicide Song have exerted a deep-seated influence on the national psyche?

A German film Gloomy Sunday – Ein Lied von Liebe und Tod (A Song of Love and Death) was made about Seress and his most infamous work. The song has also appeared in the soundtracks of several films with macabre subject matter, including The Blair Witch Project and Schindler’s List.

If you think you’re strong enough emotionally, track down a copy of “Gloomy Sunday” and listen to it for yourself. Perhaps download it and share it on social networking sites. Don’t do it if any of your friends are feeling depressed, though. It may be enough to tip them over the edge.
Next Page

The Wicker Man
Share Your Story, Join the Discussion or Seek Advice..
I got bored so I started reading into this a little more, and I saw you mentioned that in the english translations, had to terrible affect, that's becouse the original copy had a subliminal message played in the backround, and that message drove the listener to become depressed, then to eventually commit suicide. That is not my opinion, that is stated by modern psychologist, I like the article though, and I have found the original version on youtube XD
Sketch - 30-Jul-12 @ 9:49 AM
Title:
(never shown)
Firstname:
(never shown)
Surname:
(never shown)
Email:
(never shown)
Nickname:
(shown)
Comment:
Validate: